Sheringham Park is a great place to walk with your dog. Plan a family day out with our walking guide. 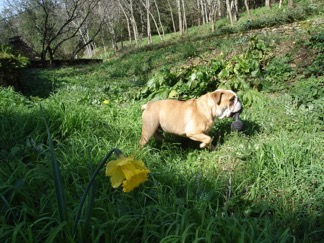 I think Norfolk is a very beautiful county and I count myself very lucky to have lived here the majority of my life. I am a country girl at heart, I don’t like the hustle and bustle of large cities and never happier when walking through muddy tracks, down narrow paths and a field full of cows.
Well actually forget the cow bit. I never seem to have a great experience of these. For some reason they are always intrigued with the dogs and start to follow us, which makes myself and the dogs all a little edgy. We then usually make a very unsightly dash to the next gate and breath a very large sigh of relief once through it! But cows aside, over the years we have ambled at various different places, including some of the routes that are known as The Norfolk Trails which are a network of hikes bringing over 1,200 miles of walks, cycle and bridle routes together. 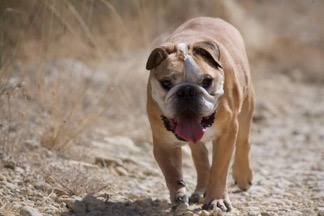 Originally on these tramps, as my husband worked away, it was just myself and Spike. Spike was our very first dog and he was a British Bulldog. He was full of life and attitude and extremely fit for a bulldog. Unfortunately he is no longer with us but did live to grand old age of 14. So, the good walks and country air obviously did him the world of good. Now we have Cocoa (a Spanish Water Dog) and Luca (an Italian Spinone), two very different breeds from Spike.
One of my favourite walks that I used to do with Spike was using a mixture of Sheringham Park and a very small section of The Coast Path which is one of The Norfolk Trails. 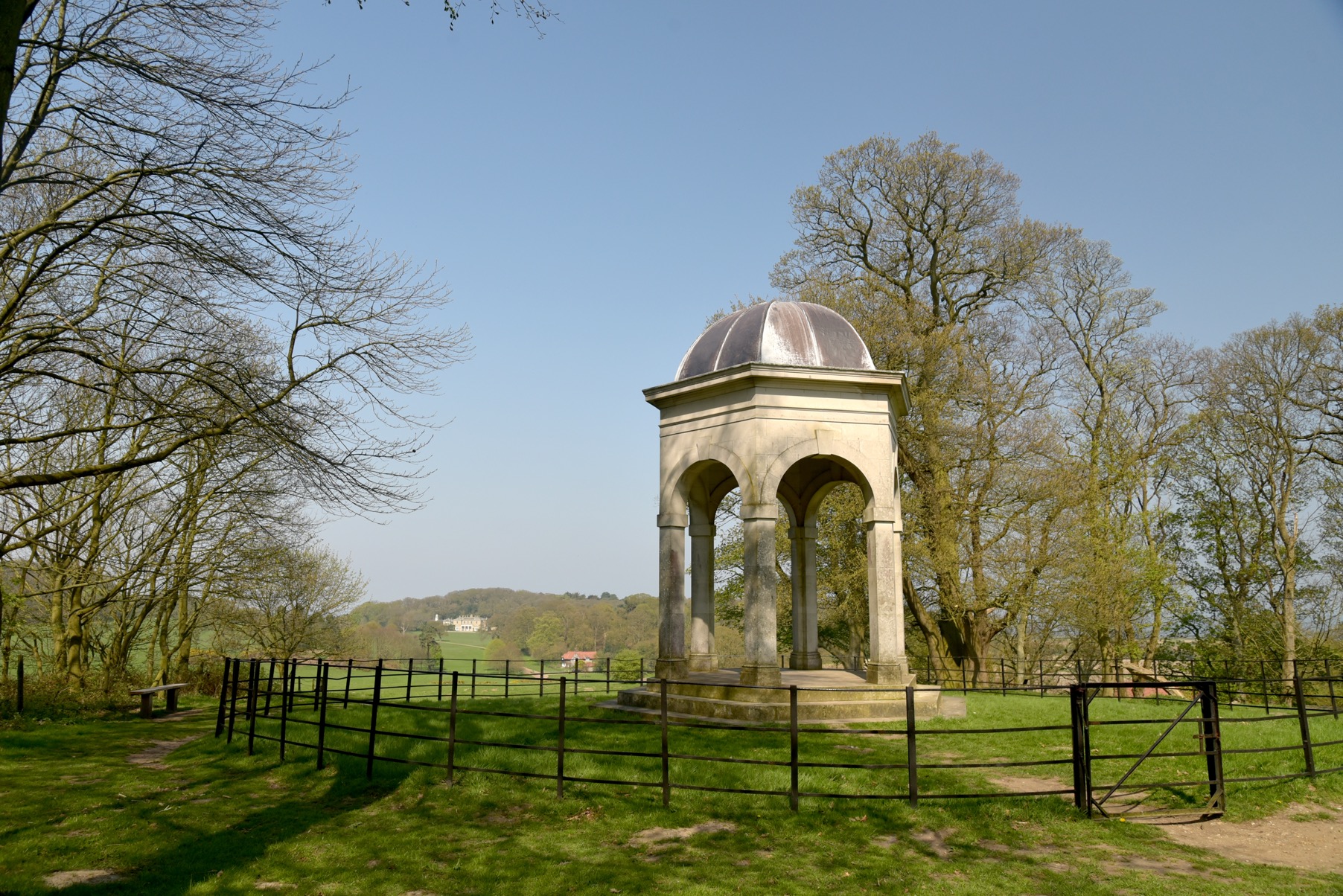 Sheringham Park is a National Trust Estate and has the obligatory grand house and history but the things that interest me are the woodlands, wildlife, plants and stunning sea views. The car park is a little costly if you only want to park for a few hours but it is convenient. All of the walks in the park start at the visitor centre. This particular one is the longest one, at around seven miles and is depicted by the red markers along the way.
It takes you through the main section of the park where the pathways are lined with rhododendron bush after rhododendron bush and at the right time of year, when they are in bloom, the colours are a spectacular sight. Heading past these and into the woodlands and then out again, you will come to the pretty sight of Weybourne station. This is still a working station and if you are lucky enough you will see the old steam trains making their way along the track, huffing and puffing. 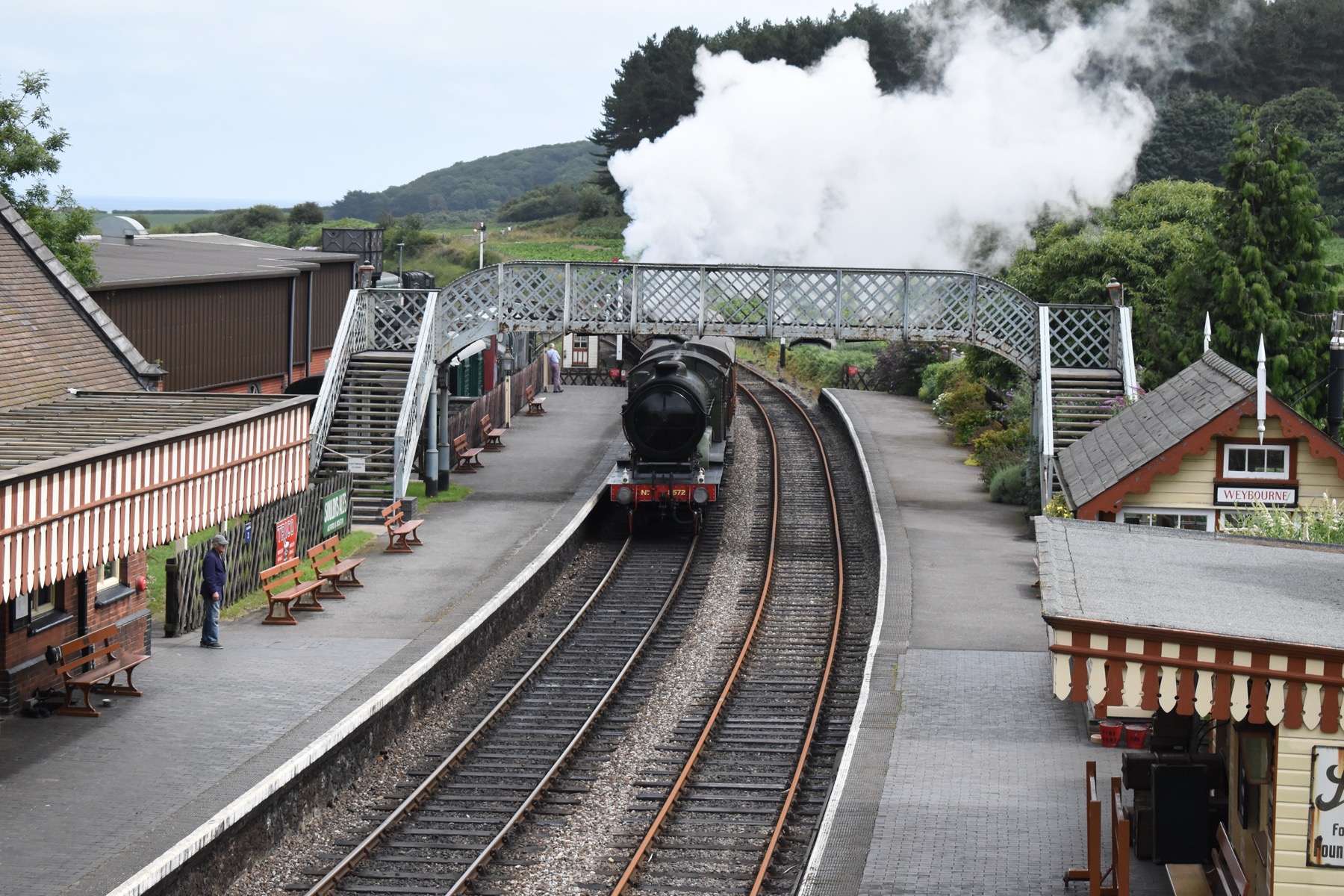 The trains are dog friendly and on others days we have made the train trip from the pretty market town of Holt back to Sheringham. Spike would enjoy trying to stick his head out of the window as we chugged along and I would try not to imagine all the health and safety rules he was probably breaking by doing this!
But continuing on this walk, from the station head through the village of Weybourne towards the sea, along a good footpath. At the beach, turn right up the sandy path which runs along the cliffs. This section is now part of the Norfolk Coast Path and if you wanted to walk the entire length of this, it would probably take you some days to complete it as it is 84 miles long.
It starts at Sea Palling and ends at the seaside town of Hunstanton. It encompasses Norfolk’s famous salt marshes, sand dunes and also nature reserves.  The Wells-next-the-Sea and Holkham section is an area of outstanding beauty with wide, open beaches and vast skylines. This is not on the section that I am explaining but the views along the cliff are still beautiful with the sea being the main feature, as it rolls back and forth dominating the landscape. 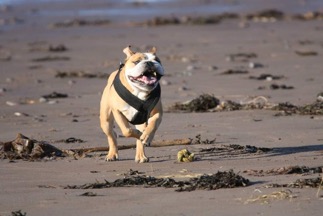 Leaving the cliff path you start to head back inland again and once you reach the kissing gate, the red marker signs are back and continue to depict the way as you head to The Gazebo.
The Gazebo is a viewing tower and worth the climb to survey the beautiful Norfolk countryside and down towards the sea. However, if I was on my own with Spike, we could never do this because he wouldn’t make the climb.  Spike never ‘did’ stairs and he would never be carried either. It was like trying to carry a slippery, wriggling fish which had sticking out arms and a grumbly mouth. So we would pause at the bottom, imagine the view and then continue on our way.
Past Sheringham Hall and up the hill, towards Temple, which is another viewing point. Then continue following the red marker signs, through a five bar gate, up the track and back to the visitor centre. 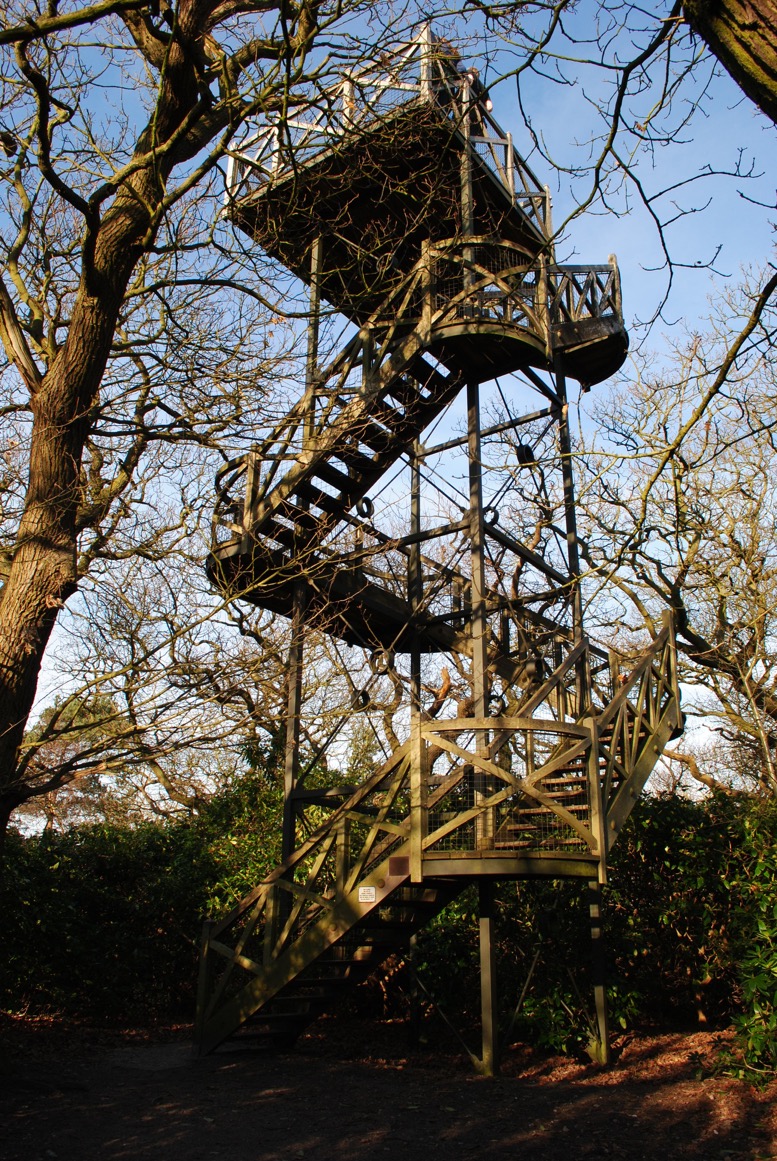 This walk would take us about 2 1/2 to 3 hours and because Spike was fit, he would manage it very admirably. Sometimes at a slow and steady pace and other times, like a bull in a china shop. If he saw something that got his pulses racing, I would have to follow on behind, hanging on to the awful extendable lead as if my life depended upon it, which sometimes, maybe it did!
Once back at the visitor centre, we would visit the little cafe which has outside seating and Spike would enjoy his treat biscuit (quite noisily and without many table manners), and for me, a restoring good old cup of tea and of course, the obligatory piece of cake.
As I said, Norfolk is a beautiful county and this is only one of the many walks or attractions it offers. So in my very humble opinion, go on, get out and enjoy Norfolk. It’s worth it!
Make Norfolk your next staycation. Read our guide to accommodation, restaurants and attractions.
ShareTweetShare

The Best Staycations in East Anglia