Enjoy a country dog walk in Norfolk. Get out in the great outdoors and enjoy the Norfolk countryside with the family. 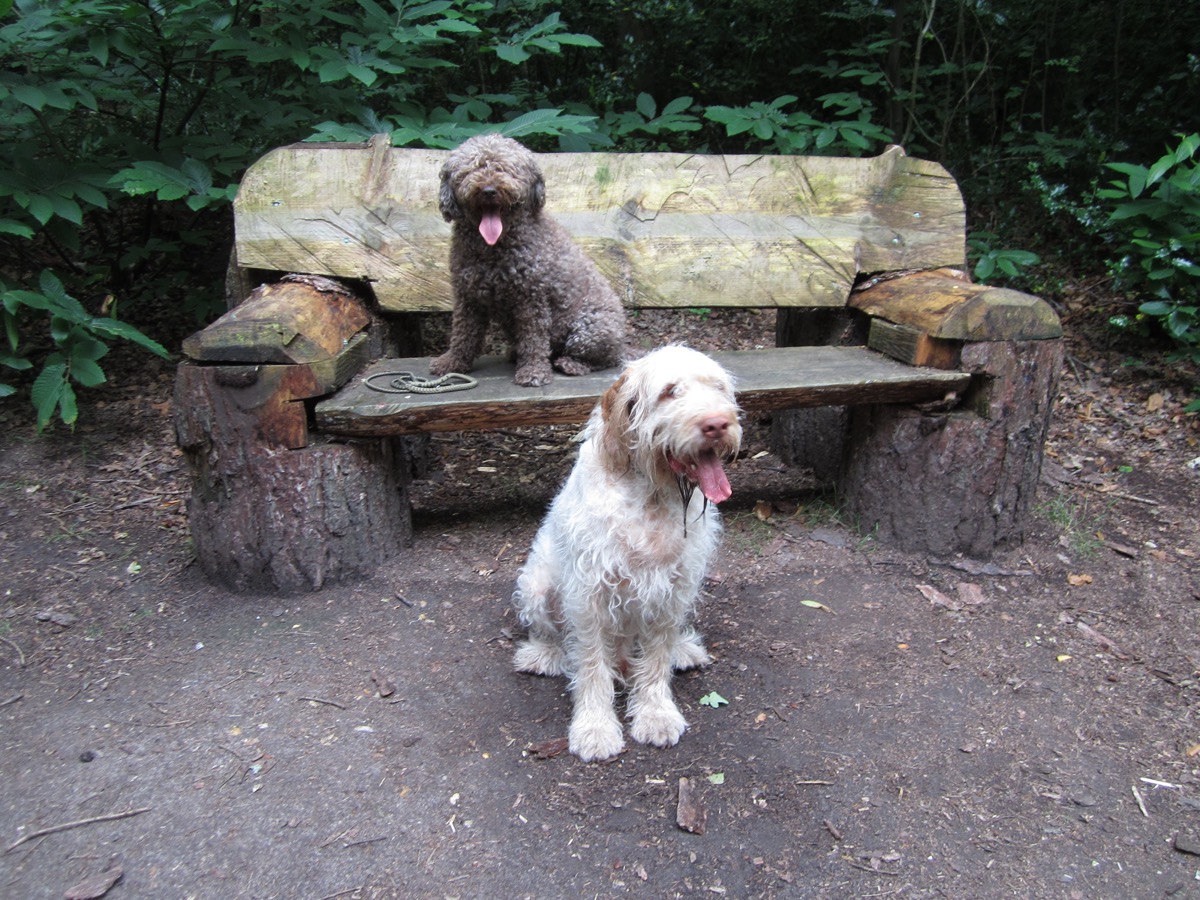 I always think that Norfolk is such a diverse county for walking. It has so many different terrains to cover, from the coast path which gives beautiful sea views to stately homes and their grand estates. However, some days when I am walking my two dogs (Cocoa, a Spanish Water Dog and Luca, an Spinone Italian) I like to be able to walk the simple woodlands that Norfolk does so well. So for me, Holt Country Park is that place.
It is situated on the outskirts of the pretty market town and it is basically a very large wood. Apparently it has a rather chequered history, consisting of horse racing, farming, forestry and a country garden but now it’s open to everybody from four paws to two feet, young and old. We went a few years ago but even though it’s on our door step, for some reason we hadn’t been again until recently and I had forgotten how nice it is. 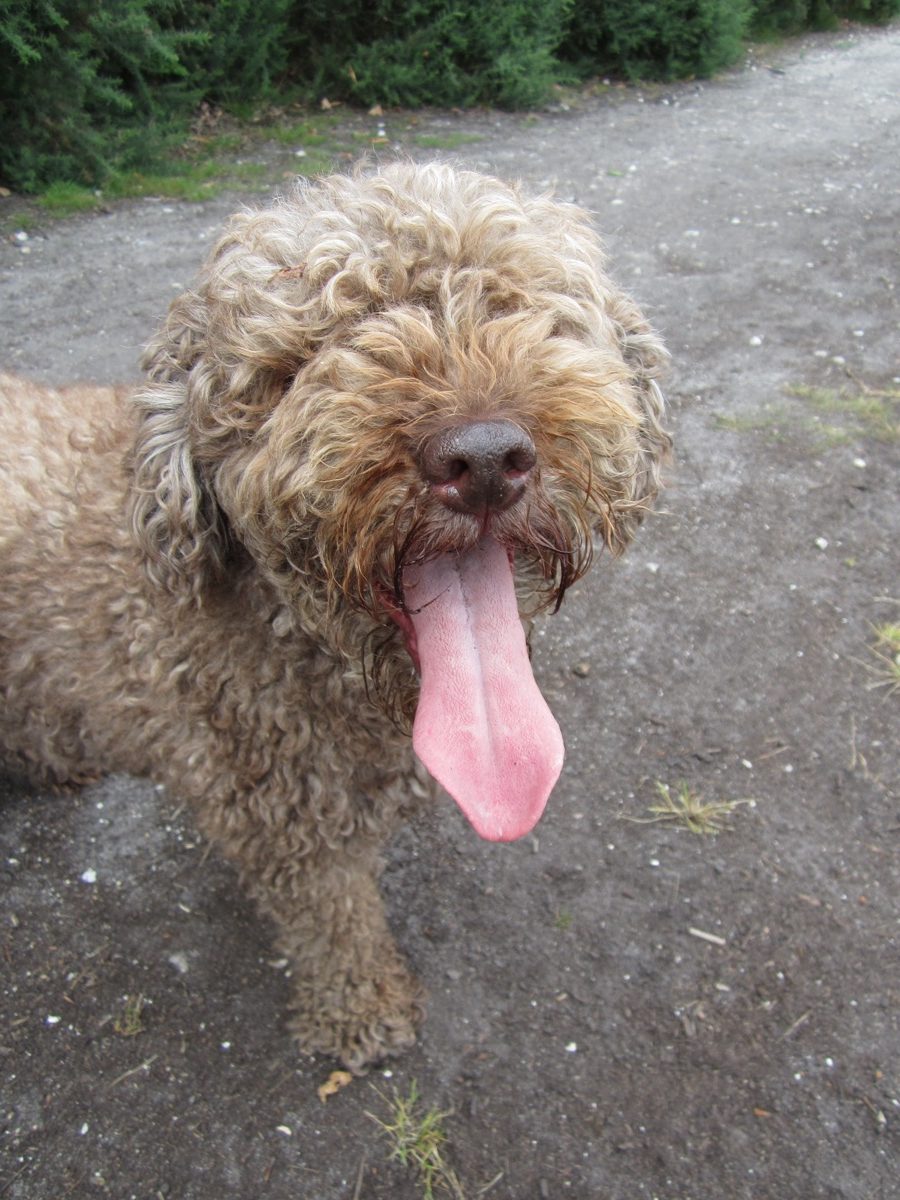 The walks are all based in and around the woodland. They are all clearly marked and you can follow the relevant coloured arrows. We took the blue route which is the longest but even that is easily doable being only 1 2/3 of a mile in a circular route.
This route takes you through the trees and some of the pretty heathland. At the right time of the year the heather will be in bloom, making it rather colourful. This time we  also encountered some animals which were bigger than Luca and for a change it wasn’t cows. This time it was horses but they didn’t seem bothered by us and we just walked on by. 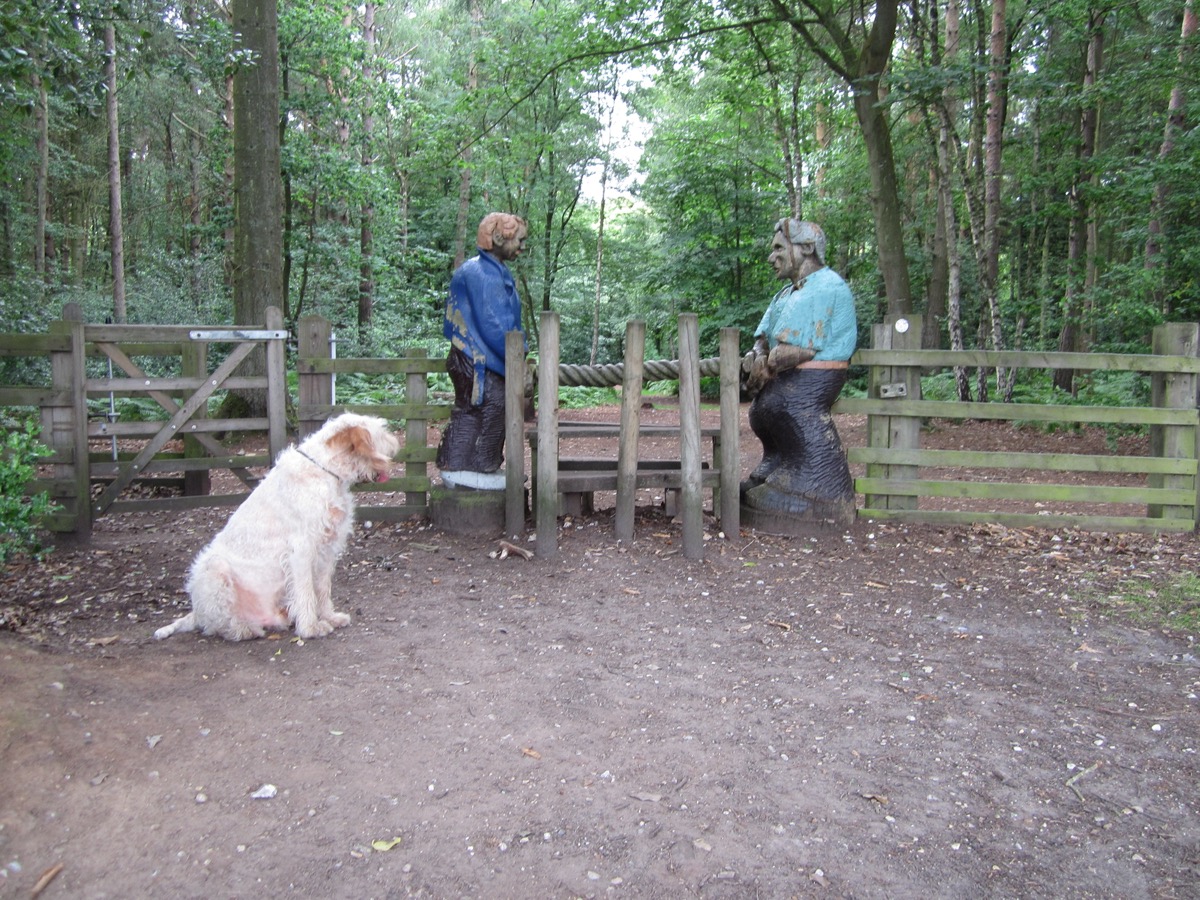 As you walk around you will see various different things, wooden sculptures being one of them. The first time I saw one, gosh it gave me quite a fright as it looked liked two men were just standing in the woods. As soon as Cocoa spotted them, she rushed up to them, barking her little head off but then didn’t understand why they didn’t move or react back. It took her while to work out that there were not going to do anything but finally she got bored with them and came rushing back to me.
We continued along the trail and moving from the heathland back into the woods. There was plenty of other wildlife to see so Luca was very pleased about that as he does like a bit of bird watching. The ground can also be a little rough in places and if we have had a lot of rain (of course there will be rain, this is England we are talking about!) then some places may be a little muddy or boggy. But overall the route was generally quite easy and good fun.
The circular route takes you back to the car park. The car parking is only £2 for all day which I think is a lot cheaper than anywhere else. The other important fact is (COVID restrictions allowing) there being a lovely little cafe selling drinks, ice cream, cakes and sausage rolls in the corner of the carpark. You can sit outside on a nice day or if it’s a bit wet (again we are talking about England here!) there is an undercover picnic area. We sat for a little while enjoying the peace and quiet and then we were ready to return home, but we all agreed (dogs included) that we would not leave it so long again to return to Holt Country Park!
ShareTweetShare