Explore the Isles of Essex and discover their secrets

Essex has a 350-mile-long coastline and is second only to Cornwall for its length, however did you know that Essex has more islands along its coast than any other English county?

Visit Essex, the county’s tourism body, is keen to highlight the ‘Isles of Essex’, to encourage people to take a second look at Essex and encourage more visitors to its fascinating coastline.

Cllr Mark Durham, chair, Visit Essex is keen for visitors to experience the Isles of Essex. He says: “We want people to explore and enjoy the Essex coastline. Our islands are impressive places to visit, full of history, rare species, music heritage and stunning landscapes. With so much on offer, it’s easy to spend a long weekend visiting these very special islands.” 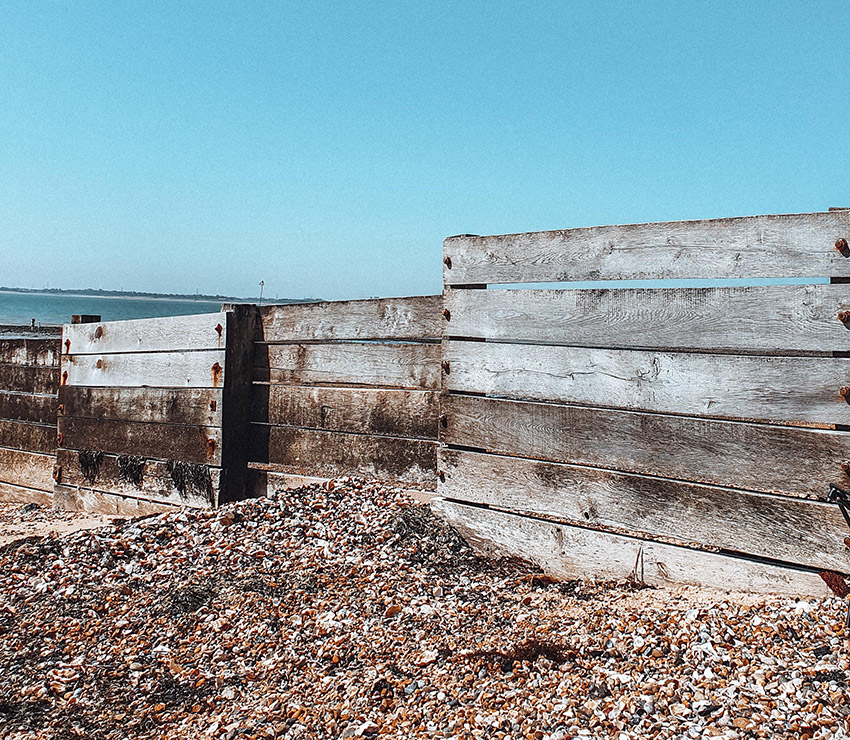 Probably the most well-known Island in Essex is Mersea; cross the ‘Strood’ at low tide and enter a rural idyll, which provides the perfect backdrop for a British summer holiday. Located just a few miles outside Colchester, it’s famed for its oysters, which are landed daily before heading to top restaurants in London and Paris. Or pop down the Coast Road and enjoy the fruits of the oyster harvest in one of its beach-side seafood restaurants, all are well worth visiting to sample the freshest oysters straight from the sea. Mersea is also renowned for its colourful beach huts, golden beaches strewn with pretty oyster shells and country parks. Take a peek at one of Mersea Island’s coolest beach huts.

To the south of the county lies Canvey Island, the fourth most populated island in the UK. Situated in the Thames Estuary, a stone’s throw from Southend, Canvey became known in the 70s as the home to the sounds of ‘The Essex Delta’ when  local bands Dr Feelgood and Eddie and The Hotrods hit the charts. These bands are still celebrated around the island with murals and plaques on bars, hotels, and seawalls.

History pours through Canvey’s soul, the much-loved 17thcentury Lobster Smack pub, was the inspiration for the pub in Charles Dickens’ ‘Great Expectations’. The historic pub is also a great starting point to explore the island along Canvey’s coastal path. Ramblers will be led through salt marshes, meadows and golf courses, as well as a mix of heavy industry.

Canvey is also home to a thriving group of oil refineries; the large metallic structures of  industry predominate the southside of the island yet the coastal path offers a fascinating mix of wild and urban Canvey. Along the path check out the stunning Labworth café – a listed Modernist building. Once in Canvey you’ll soon discover that there’s more to the isle than you thought!

Foulness Island, just north of Southend, is the largest island on the Essex coast, but only has 160 residents. Owned by the Ministry of Defence, Foulness has an intriguing military history but much beauty that belies its name. In the 18th century Lieutenant General Henry Shrapnel tested a new explosive device here that was later named after him, whilst weaponry for the D-Day landings were also tested at Foulness. But Foulness is so much more than a once-used missile testing ground.

The island is a haven for birdlife, a fact underlined by the island’s name ‘Foulness’ meaning ‘of birds’. It’s also a Site of Special Scientific Interest (SSSI); there’s mud flats, beaches, salt marshes and grasslands to explore and provides a ruggedly beautiful escape from the bustling coastal resorts of Clacton and Southend-on-Sea. Public access to Foulness is limited to between 12pm and 4pm on the first Sunday of the month, April to October and it’s well-worth exploring.

The calm backwaters of Hamford Water near Walton-on-the-Naze, are home to Horsey Island. In Roman times the island had a salt works and the ‘Red Hills’ on the island are the last remains of the ancient industry. The isle was also the inspiration for novelist Arthur Ransome’s Swallow Island in the childhood favourite, ‘Swallows and Amazons’. Horsey is linked to the mainland from Kirby-le-Soken by a 0.6-mile-long path known as ‘The Wade’, which can be walked across at low tide.

Like most of the Isles of Essex, it is a paradise for nature with many bird species and both harbour and grey seals calling the island home. The island is managed by Natural England and Essex Wildlife Trust and permission is required to visit. The isle also attracts seal watching tours that depart daily from Harwich Quay from Seal Watching.

Osea Island in the Blackwater Estuary near Maldon, has long been the getaway destination for the rich and famous, Pete Townshend of The Who enjoyed family holidays here, whilst from 2005 to 2010 it became home to an addiction clinic, which helped many celebrities. Coincidentally, Osea was host in the Victorian era to a ‘home for inebriates’ run by Frederick Charrington, of the brewing firm Charringtons. Osea is currently owned by music producer Nigel Frieda, and in 2019 Rihanna hired the island’s Miloco Studios to record an album whilst living on the isle.

Osea’s history is again one that saw action during the world wars. A torpedo manufacturing base was set-up to support the British effort. Today, Osea recently sprung to fame when it provided the backdrop for Sky’s series ‘The Third Day’ which starred Jude Law. Osea is available for weddings and events, whilst its houses and cottages are available to rent for an opulent night away, or longer stays.

Another paradise for wildlife is Two Tree Island, which was reclaimed from the sea in the 18thcentury when a sea wall was constructed to enclose the land. The island is now a nature reserve run by the Essex Wildlife Trust, and its mudflats and salt marshes are the perfect habitat for brent geese, curlew and short eared owls. Two Tree Island is close to the quaint fishing port of Leigh-on- Sea, and is open all year round with car parking spaces and defined footpaths.

To experience a  real sense of wilderness, head to Northey Island. The isle is owned by the National Trust and you need to apply to the trust for a permit to visit. Once you have crossed the exposed causeway you can take in Northey’s bleak, yet stunning salt marsh landscape and fully understand why it’s known as ‘the Wuthering Heights of Essex’. Northey was once the scene for a fight between the Vikings and Anglo Saxons in AD 991 and there are monuments to the oldest recorded battle in Britain on the Isle. A circular walk winds you across the island and takes about an hour and a half.

Some of the other Isles of note, that all share the classic Essex coastal view of big skies and stunning landscapes, are the RSPB reserve at Wallasea Island, Rochford, home to saline lagoons, salt marshes, wildfowl and three walking trails. Rushley, Cindery and Lower Horse Islands are all uninhabited with no access on to them, but make fascinating environments to either paddle or sail round.

Essex offers some of the most varied and stunning coastlines in Britain. The Isles are a home to wildlife and provide the perfect place to ramble, sail, kayak or SUP around. This summer take a second look at Essex and explore its Isles.

The Best Gardens in East Anglia