Grab your towel, pick your sunlounger and settle down with this summer’s must-read thriller, The Club by Ellery Lloyd.

The thriller set on Essex’s very own Osea Island, has been selected as Reese Witherspoon Book Club Pick and is guaranteed to keep you gripped from start to finish.

Taking on the perennial favourite of the A-List – the private members’ club – The Club is a smart, savage and stylish thriller that goes straight for the jugular. Think Agatha Christie with a Soho House Membership card on a luxury private island, with a supporting cast of homicidal Hollywood superstars and housekeeping staff with some very dark secrets. Both addictive and outrageously entertaining, this is one novel you won’t want to miss!

We caught up with husband-and-wife writing duo, Collette Lyons and Paul Vlitos, aka Ellery Lloyd, the writers behind ‘The Club’ and 2021 smash hit novel ‘People Like Her’ to learn more about how Essex inspired the gripping thriller.

What inspired The Club’s storyline?

Collette: We wanted to do a classic, Agatha Christie-esque murder mystery, but in a setting that hadn’t been seen before. I was editorial director at Soho House for a few years and, even back then, a members’ club had always struck me as a great place for a locked room plot. And because I also spent years before that working in magazines, dealing with the sometimes quite tricky celebrities we interviewed for the cover, I knew that the A-list were the perfect cast for it. What we were most interested in though were the people in those superstars’ lives – the invisible staff, the enablers. Those are the eyes that we see The Club’s story unfold through.

Is The Home Group concept inspired by any particular hotel chain?

Paul: A luxury hotel on an island is always going to make you think of the Maldives, isn’t it? We were lucky enough to go there for our honeymoon and the underwater restaurant where the opening scene of The Club is set was inspired.

The characters are asked to switch off their phones, do you think you could cope without a phone? What inspired this part of the novel, do you think people spend too much time on their phone? (We’re guilty of this)

Collette: That is actually inspired by 10 Downing Street! I had a few meetings there when I was working at ELLE magazine, and you are required to hand your phone in as soon as you step inside the building – it sits in a little mahogany pigeonhole until you return to collect it. Most private members’ clubs require that your phone is kept discreet – the last thing they want is people sneakily snapping a photo of a celebrity and posting it on Instagram.

Why did you choose Osea Island as the location of the novel?

Paul: It’s a really unique, slightly eerie place. I think the main attraction though was the causeway – the idea that if you time your crossing wrong, the sea can literally swallow your car whole.

Why do you think Osea Island is so popular with celebs?

Paul: It’s owned by a record producer, which helps! But I think the appeal is also the novelty – there are so few private islands in the UK, and the fact that there’s such an atmospheric and unspoilt one just an hour or so from the capital is mind-blowing. 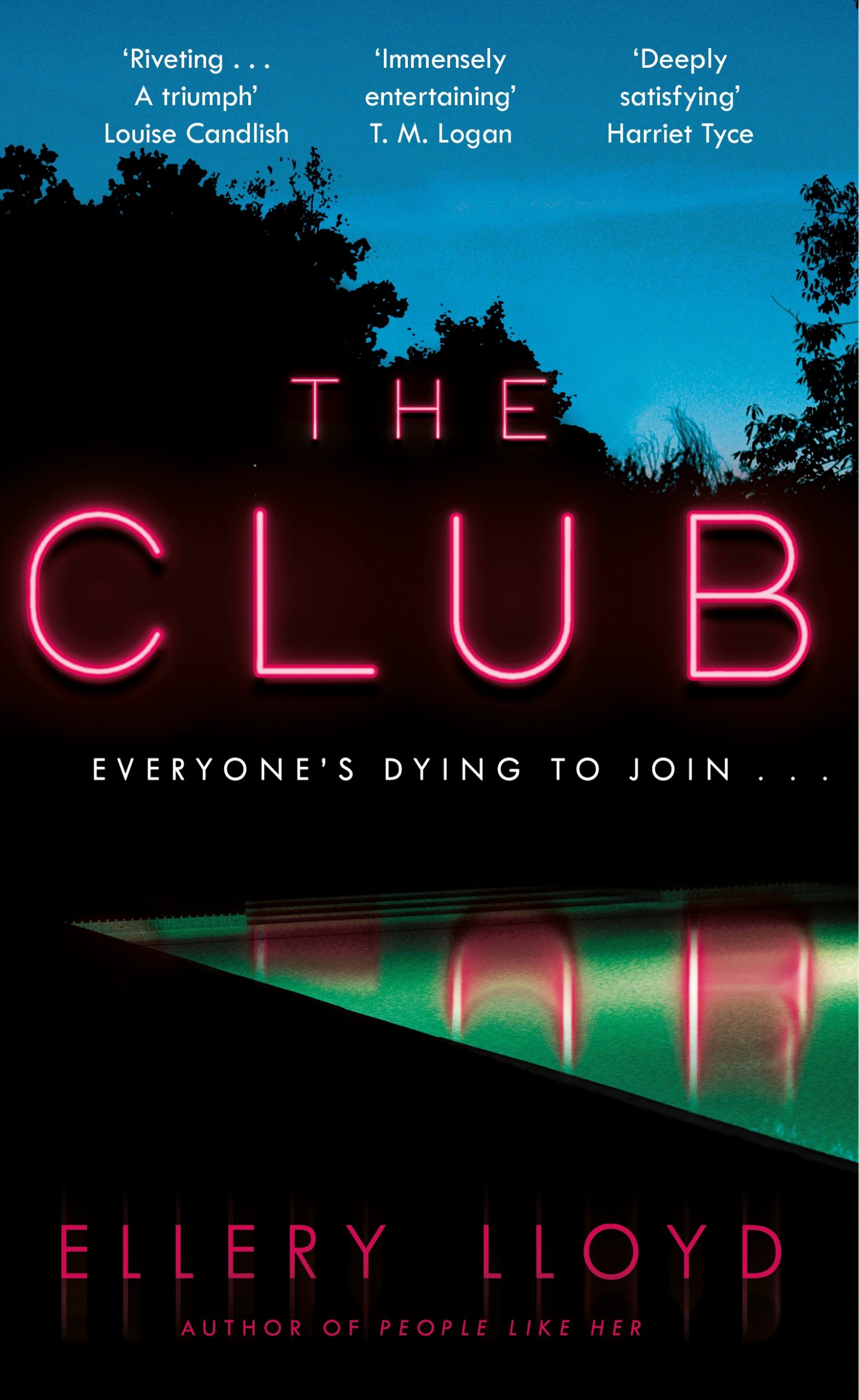 Did you have any exciting adventures on Osea Island during your research? Did you get stuck with the tide?

Collette: We actually had a lovely sunny weekend with our four-year-old daughter, nothing murderous or unsettling at all. We did have a celebrity spot though – Stormzy was there recording an album!

What is your favourite part of the Essex coastline?

Paul: We absolutely love Wivenhoe – you can see why painter Francis Bacon kept a studio there.

You write under a pseudonym, how did you come up with the name?

Collette: I wish we had a better story, but we wanted a long first name and short second name, and it had to be unisex.

How do you write together?

Collette: We have a really solid chapter plan before we start, and as our books are written in a number of voices, we each take a couple. Once we are past the first draft though, we both edit all of it. And we never write in the same room – Paul types too loudly for me to concentrate!

Do you have advice for couples who work together?

Give it a go – but do it in an unpressured way. With our first novel, ‘People Like Her’, which is a thriller set in the murky world of Instagram influencers, we just sat down and wrote maybe 500 words each at a time. You’d be surprised how quickly that adds up to a novel when you’re doing that regularly (and there’s two of you!).

How does it feel having the book selected as part of Reese Witherspoon’s book club?

Collette: Incredible and surreal, especially as we had to keep it a secret for three months. We didn’t even tell our parents. And to be an instant two five New York Times Bestseller was beyond our wildest dreams!

Reese is known for producing great TV series from books, do you think The Club could be a contender?

The book has been optioned by a major Hollywood production company – but if we told you who, we’d have to kill you (and as you’ll see if you read The Club, we are quite inventive in thinking up ways to do that…)

What’s next for Ellery Lloyd?

We are working on our third novel, an art world thriller.

The Club by Ellery Lloyd is published in Hardback by Mantle, available now, priced £14.99.