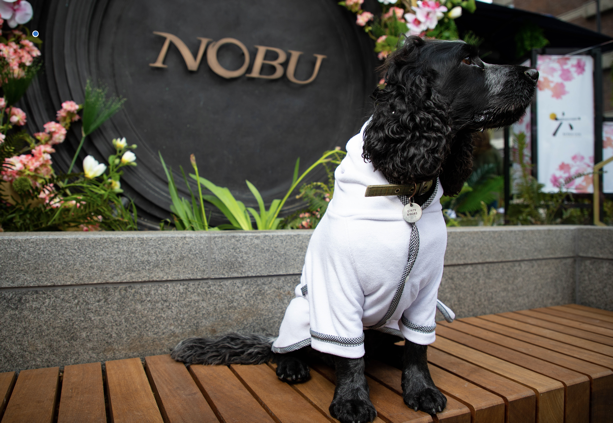 I had intended this column to be about the day Fletcher made a child cry as he helped himself to her stick den. However, there’s never a dull moment in the life of Fletcher, and he recently found himself in the spotlight when he was invited to Nobu Hotel Portland Square, London, to model their new in-room dog robe by Tielle Love Luxury; an ethical, luxury linen brand and hotel supplier. Yes, I’ve become a momager!

Fletcher played the part of the medium dog, alongside a Labrador and dachshund. The day before the photoshoot, I spent time teaching Fletcher how to look at the camera. Every time I tried to take a photo, he immediately turned his head away from the lense or marched out of the room. We were off to a great start. 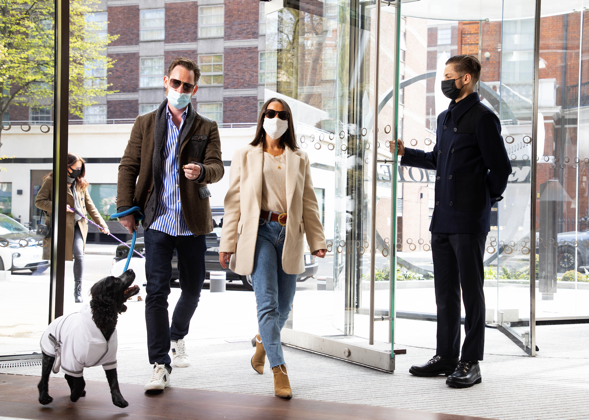 On the day, in typical Fletcher behaviour, he got over excited. Screaming and squealing with excitement while we made introductions. I knew this may be the case, so I came armed with a supply of chicken, treats and his favourite toys. Unfortunately, nothing could distract from his enthusiasm.

Acquainted with his model buddies Finely and Lola, the shoot began with Fletcher entering the hotel in his swanky robe. While the Labrador walked in, Fletcher galloped through the door with all his might. 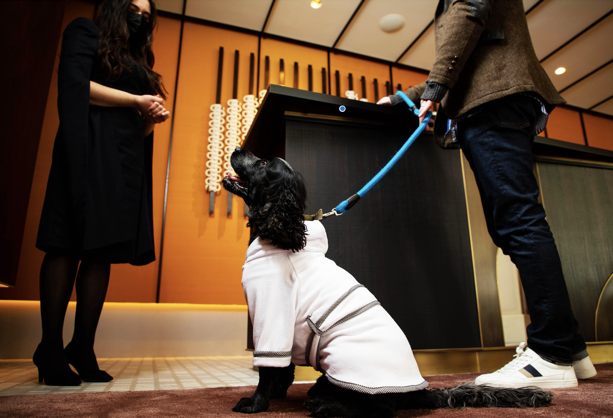 The next image was Fletcher checking-in at reception. I think he performed very well. Yes, he made a bit of a noise screaming for his chicken bribery, but we got the shot.

It soon became clear to everyone on the shoot that Fletcher isn’t like most dogs. Personally, I’d call the other dogs boring, most would call them well-behaved. What can I say, Fletcher has a big personality! 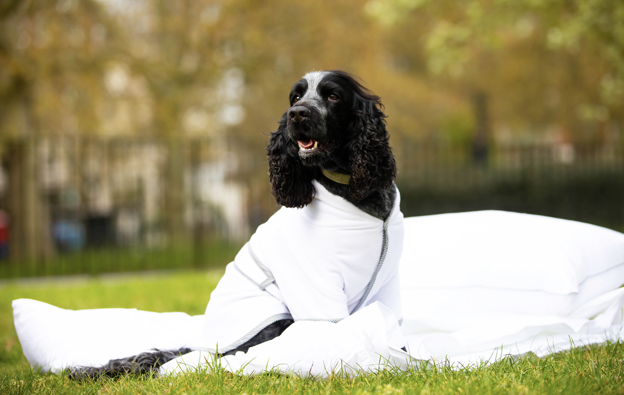 His questionable behaviour meant it was best that he missed the in-room shots, and instead he had his final photo on a duvet and pillow in the park. He certainly got the attention of everyone as he strutted through Marylebone in his robe with his entourage in tow.

It was a fun day. Fletcher smiled proudly on his shoot and I’m chuffed with the images we now have with fond memories. However, I have started to rethink his excitement issues. It’s not normal. Can dogs suffer with ADHD? He is showing all the symptoms. I’ve booked an appointment with the vet just in case.

The dog robes are available to purchase at www.tielleloveluxury.co.uk/product/dog-towelling-bath-robe

Why Cromer in Norfolk Should be on your Bucket List