What do East Anglians want from their homes and neighbourhoods in 2021?

by Doug Dawson
in Cambridgeshire, Featured news
0 0
0
Home Other Featured news
New research has been released showing what people want from their neighbourhoods in 2021, with the East of England – home to some of the country’s top academic institutions – clearly prioritising schools and healthcare facilities.  With more and more of us spending time at home and in our communities this research highlights what we are looking for to make our local areas great places to live in east anglia.
Commissioned by the modern housebuilder House by Urban Splash, a survey of 2,000 respondents gauged what people want from their homes in 2021. More than half of respondents from the region (52%) stated that schools and healthcare were the top criteria in a neighbourhood, that’s compared to just 35% in Scotland and 41% in the South East. Respondents in the region also stated their desire for local shops and independent cafes (45%) and green space (45%).
But, in spite of cities like Cambridge celebrating their cycling credentials, just 17% of respondents in the region said they currently have access to cycle paths and walking routes, in spite of a quarter wanting them as a fixture in their community. A lack of safe spaces for children to play, and good quality housing are also lacking in the region, with just a fifth of respondents claiming to have access to these features.
Toby Brown who looks after the House by Urban Splash portfolio of homes in Cambridge where the company is creating the new Inholm neighbourhood at Northstowe, comments:  “With people spending more time than ever at home this year, it is crucial that proper communities are created – places in which people can live, work and play, with a great infrastructure at its core. 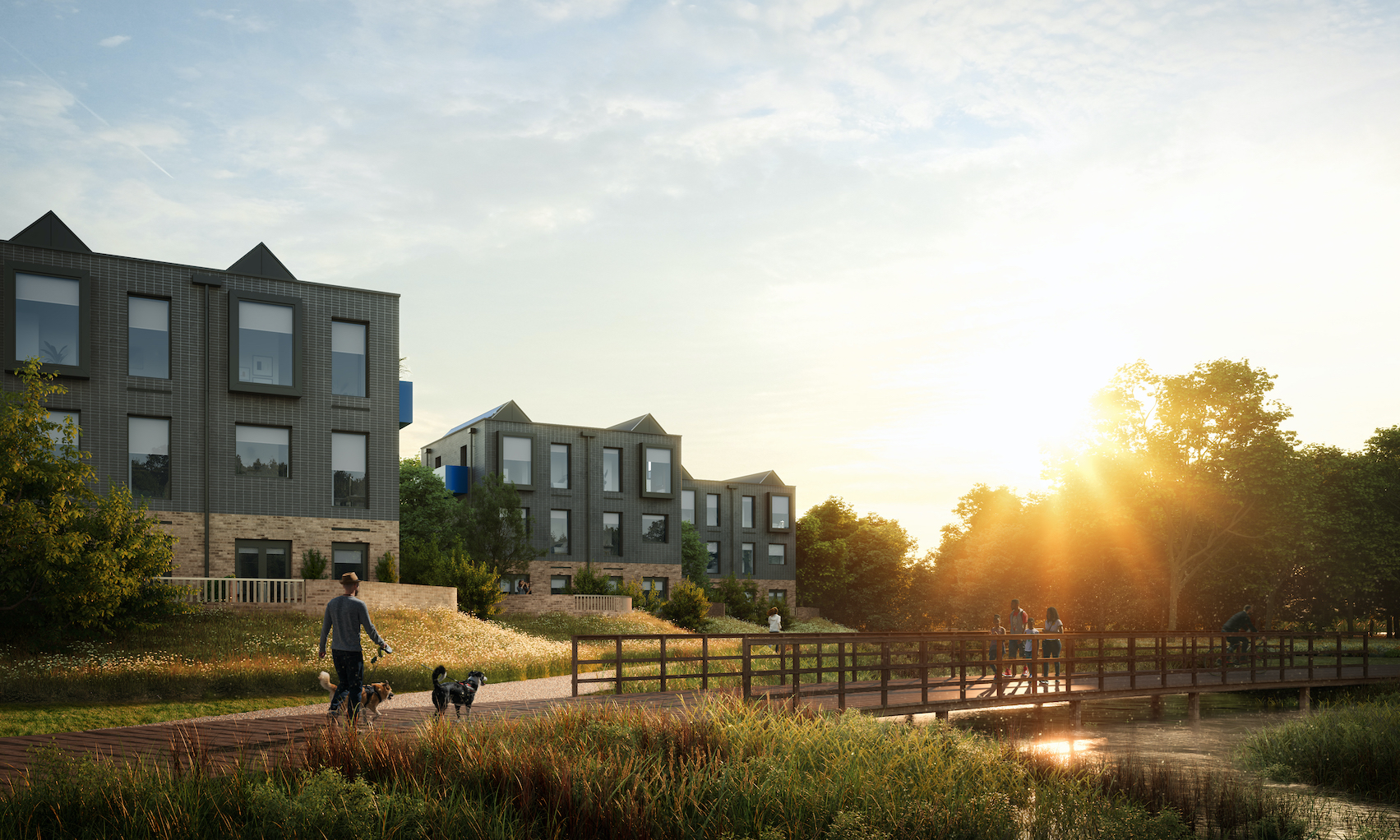 “It’s no surprise that those in the East of England prioritise academic institutions as a core feature of their community, along with great independent shops and cafes which feature in already established communities here. At Northstowe we are embracing that, investing in a new community which brings all of this together, as well as green space and brilliantly designed homes.”
The survey also found that 70% of people in the region are eco-conscious, but 40% of those find the high cost a barrier to adapting their homes and lifestyles to be more sustainable; Toby continued: “Buyers today are quite clearly eco-conscious, with this year compounding their need for homes that are built sustainably and are cheap to run and good for the planet. Using Modern Methods of Construction we build homes that are green by default.” 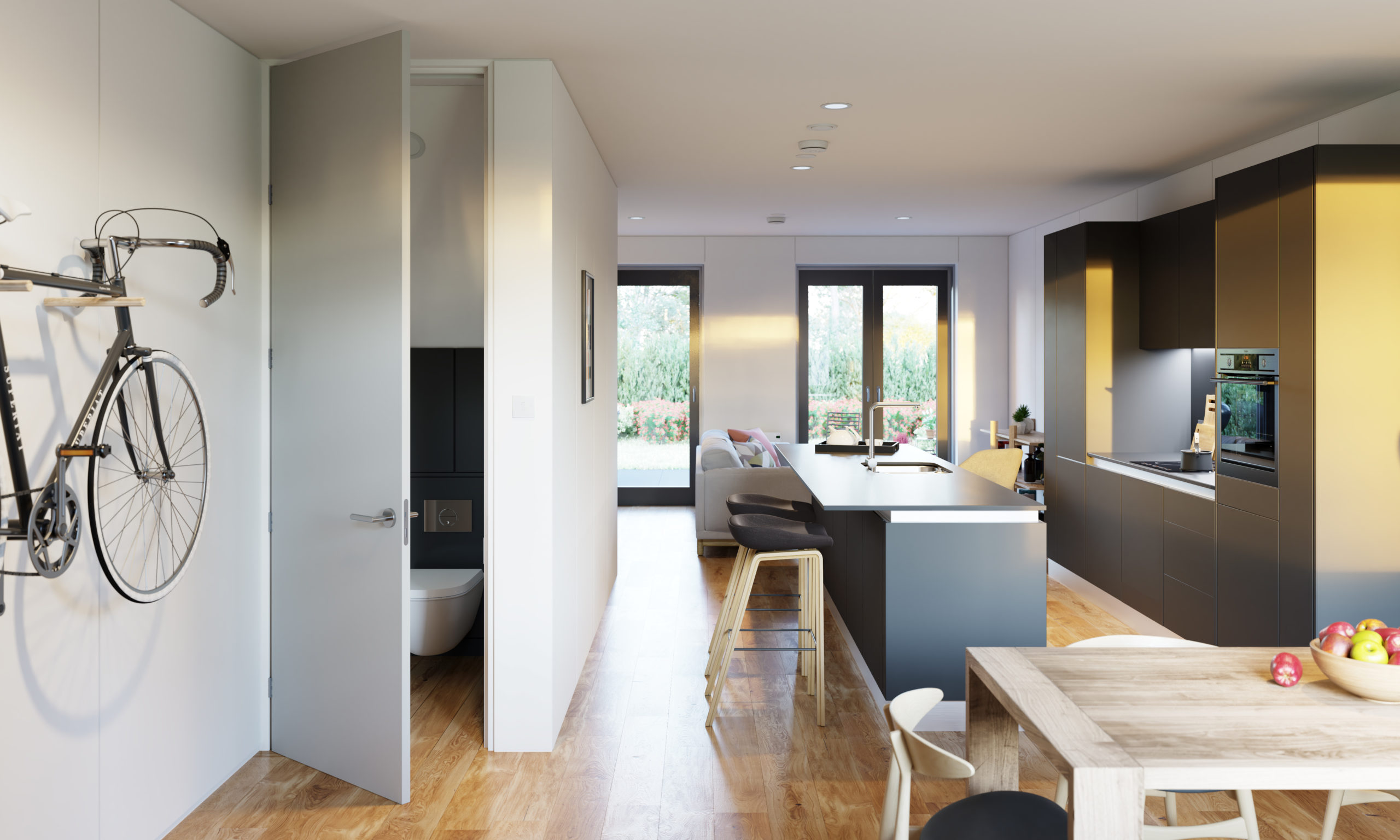 The research has fed into House by Urban Splash ‘s new manifesto, called ‘Live Well by Design’, that sets out ten guiding principles [insert hyperlink link to https://www.housebyurbansplash.co.uk/live-well-by-design ] for successful future neighbourhoods focusing on design, wellbeing, choice and sustainability.
House by Urban Splash is creating the new neighbourhood Inholm at Northstowe, with customisable homes and green spaces, surrounded by new schools and a water park. Toby continued: “Our ethos is ‘Live Well by Design’, and people can really do that at Northstowe; there’s green space and shared areas that encourage community – it’s obvious from these results that’s what people want and at places like Inholm we’re proud to be creating it.”
As a company, House believes that successful neighbourhoods fulfil more than people’s housing needs, and that neighbourhood design can create great places to live. A sustainable neighbourhood offers balance – community when it’s wanted, but also privacy when needed. A housebuilder can’t build a ready-made community, but good design can create the perfect conditions for people to grow their own.
For more information about the new Live Well by Design manifesto by House by Urban Splash, visit https://www.housebyurbansplash.co.uk/live-well-by-design
Lake and long walks at Inholm, a new community at Northstowe in Cambridgeshire
ShareTweetShare

A Winter Break in Cambridge