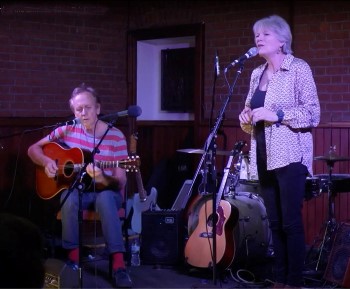 Dave & Boo are a London based acoustic duo with a musical partnership that began in 1979. They have played the Headgate several times previously as part of the Acousticity gigs, and their songs draw on influences from both the folk world and the rock scene they have been involved in. Their latest album Great Pleasure has received wonderful reviews. “This is a master craftsman and craftswoman at work. It’s a quintessentially English sound too, often downbeat yet invariably uplifting; you can gauge their well-earned place on a timeline stretching back through Difford & Tilbrook and Squeeze before them, further back to The Kinks and Tin Pan Alley and yes, even music hall.”