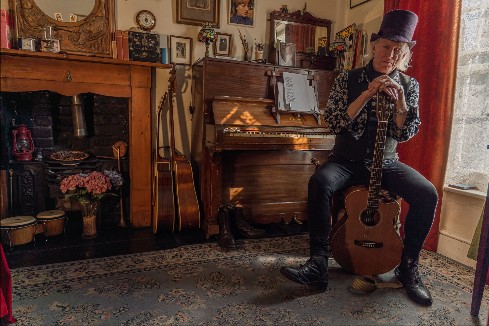 Sat 14th August at 8pm
Colne Radio presents a Silver evening with Martin Newell
An evening of poetry and songs from Colchester own ace wordsmith and lyricist.
This is a fundraiser for Colne Radio 106.6Fm and all profits from the show will go to the volunteer run, community radio station. A rock singer since his teens, Martin Newell spent much of his early twenties learning his trade in pubs, clubs and dancehalls. A founder member of the now well-known Lo-fi band, Cleaners from Venus. during the 1980s Newell also co-wrote songs with the pop star, Captain Sensible.  A highly entertaining live act, Martin Newell performs only rarely, refusing nowadays to tour at all. Martin returns to the Headgate Theatre in a very rare solo appearance to raise funds for Colne Radio, with whom he has long been associated with and presents a regular show.
Tickets £10