IWM In Conversation: How to be a Fighter Pilot 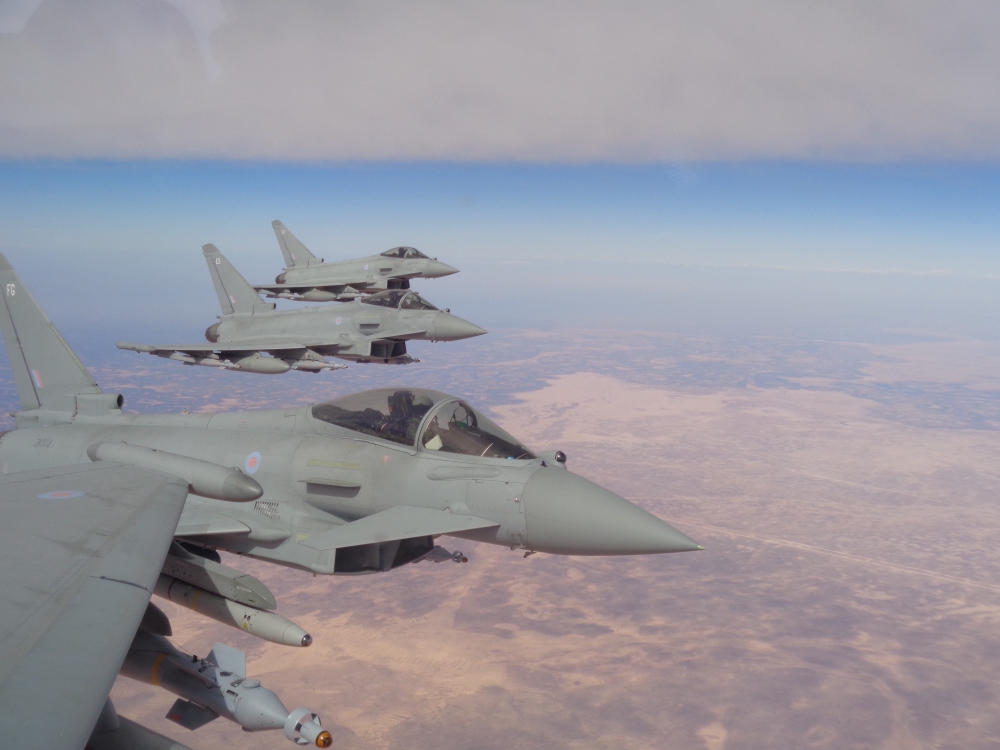 Do you have what it takes to sit in the cockpit of a jet fighter?
On Saturday 9 July, explore the legacy of these iconic aircraft and the lives of the people who flew them.
In 1944, the jet engine entered operational military service and revolutionised the way we travel. Join us for a day packed with talks and book signings from our guest speakers: real-life fighter pilots Paul Tremelling and Mike Sutton.
Hear the history of IWM’s legendary Harrier GR3 “jump-jet”, before learning what it takes to sit in the cockpit from Paul Tremelling. Mike Sutton will then introduce one of the RAF’s most modern combat aircraft, the Eurofighter Typhoon FGR4.
Harrier: How to be a Fighter Pilot
Tracking a fascination with the iconic Harrier back to his childhood, Harrier: How To Be A Fighter Pilot charts the course of Commander Paul Tremelling’s extraordinary 21 year career with the Navy, and enduring relationship with the aircraft.
Unique in mastering an extraordinary range of different aircraft across a dizzying array of circumstances and campaigns, Tremelling was Mentioned in Despatches for Action in Afghanistan and is one of the few British pilots to have flown the same aircraft as Tom Cruise in Top Gun: the F/A-18E Super Hornet.
Typhoon
Based on diaries written during Mike Sutton’s deployment in 2015, Typhoon is the first ever inside account of Operation SHADER, the British participation in the war against ISIS in Syria and Iraq.
This gripping and dramatic story of modern conflict sees 1 Squadron – who fought with distinction during the First World War, in the Battle of Britain and the Falklands War – in action once again.